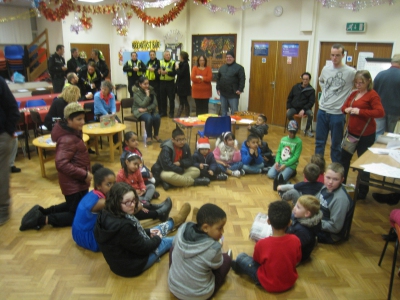 Neighbourhood Watch is teaming up with Street Associations in an unprecedented alliance, helping both models of local community activity to ‘reach the parts’ they would otherwise not reach.

Street Associations, with the distinctive ‘love my street’ logo, have a wide remit for restoring community, street by street, with the strap-line: ‘friendship : fun : belonging : a helping hand’, while Neighbourhood Watch, itself often a bridge into socializing, has centered on security and crime prevention. “Put the two together”, says Neighbourhood Watch operations director Kate Daisley, “and you have a powerful combination, able to draw a wide range of people in and ‘reach the parts’ that we’ve often found it difficult to reach”.

Street Associations, launched in Birmingham in 2011, have quickly established themselves as a popular means of drawing people together around a warm-hearted agenda which can include a children’s party, quiz night, barbecue, walk in the countryside, trip away, tea for the elderly or a fireworks party. They also inspire many neighbours to give practical help to vulnerable residents, such as the elderly, who might need a helping hand with a bit of shopping or DIY.

“This vision”, says Street Associations founder Martin Graham, “is all about making friends, valuing and looking after each other. It makes sense to expand it to embrace watching out for each other’s safety and security. For us, linking with Neighbourhood Watch, Britain’s most established and extensive community network , is a huge honour. Most importantly, we hope this combination will be a big boost for all who want to see the restoration of real community which, in so many UK streets, has been on the wane in recent years”.

A Street Association is typically run by a core group of six or eight or more residents, who meet regularly and divide several roles amongst themselves, including the chair, treasurer, and others leading on communications, events, welfare and initiatives. The role of a Neighbourhood Watch coordinator is being added to the downloads available at http://streetassociations.org as part of the free Street Association ‘starter pack’. Neighbourhood Watch, nationally, is drafting a Memorandum of Understanding to define how both NW and Street Associations, already working together in a number of streets, can best combine to the benefit of all who want to see an increase in community spirit where they live.